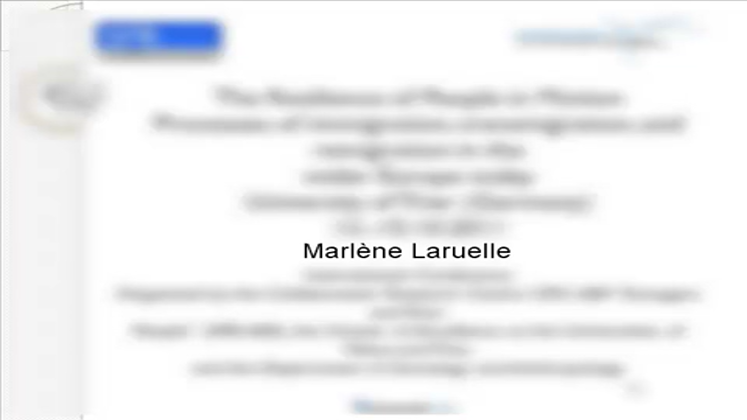 Shuttle Migration and Long-Term Emigration from Central Asia to Russia

For a long time the post-Soviet world had been forgotten by the major international studies on migration. But today Russia is the second-ranked country in the world after the United States (38 million) in terms of migrant intake. Within this post-Soviet space, Central Asia occupies a unique place. Since the start of the 1990s, it has been the main purveyor of migrants thanks to the “return” of Russians and Russian-speaking population to their kin-state. The region has entered into large-scale schemes of migration whose impact is similar to the major “exporter” regions of migrants such as Central America.

Marlène Laruelle discusses the impact of both “shuttle migration” (seasonal migration depending on specific working opportunities) and “permanent emigration” of Central Asians in Russia. She addresses different elements of these social evolutions: 1. evolving mobility patterns, 2. changes in the social fabric, 3. new community strategies in migration, and 4. forging a new civic consensus in Russia.

Marlène Laruelle is a Research Professor of International Affairs at the Institute for European, Russian and Eurasian Studies (IERES), George Washington University. Her main areas of expertise are Russia’s domestic evolutions, identity issues, nationalism, citizenship and migration in the post-Soviet space.