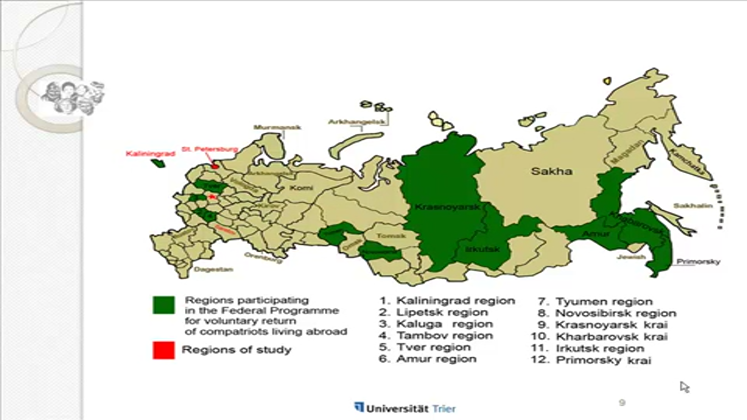 In recent social scientific writing, globality and locality are no longer regarded exclusively or even principally as opposites. Instead they are seen as alternating concepts, only to be apprehended in relation to one another. In this perspective, locality no longer appears as static or simply given. Rather, it too is now being examined as a site of social practice and social construction.

We observe the gradual dissolution of the concept of society as something territorially bound. This removing of the spatial component from the social casts ever more doubt not only on the notion that physical ties to place are necessary for the production of collective identities, but also raises the question whether even reference to place is actually necessary. Central Asian as well as Russian German (re-)migrants are after all to an ever greater extent transmigrants in transsociation.

Markus Kaiser is co-organizer of the conference and currently senior research fellow at the University of Trier (SFB 600) and was from 2005-09 DAAD-Visiting Professor at the Department for Comparative Sociology, Faculty of Sociology, State University of St Petersburg and from 1999-2005 a senior lecturer in Development Studies at the Faculty of Sociology, Bielefeld University. His fields of interest include migration processes, transnationalisation, the globalisation of knowledge and countries in transition.