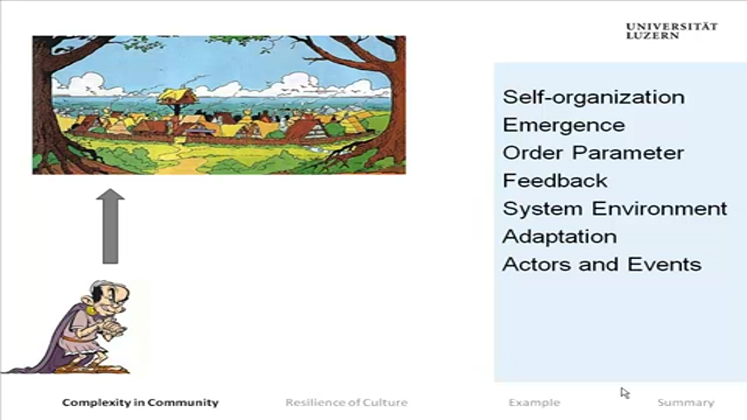 The Resilience of Culture in Religious Minorities

Lange's research aims at constructing a model that displays the social dynamics involved in the process of integration of a migrant religious minority. Major aspects are the transformation of the group itself, their religious identities and the factors that lead to staying in or leaving the host society. The overall aim is a model that not only makes visible the complex interactions of the many factors involved, but also helps estimate future tendencies of development.

In order to take into account as many relevant factors as possible he works with the theory of complex adaptive systems. This theory was developed in the natural sciences and is today mostly found in the research on ecological systems (Mainzer 2008). In the social sciences it has already been applied to quantitative research (Byrne 1998) and found its use in archaeology (Beekman/Baden 2005). Stripped of its mathematical content and applied to findings of qualitative research and historiography this theory provides an understanding of how to approach an issue that complex, everchanging and historically individual.

Bernhard Lange is a PhD student in the Department for the Study of Religions at the University of Lucerne, Switzerland. In his PhD thesis he aims to model the dynamics between a migrant religious minority and the receiving society by comparing the Jewish communities of Zurich and Manchester.