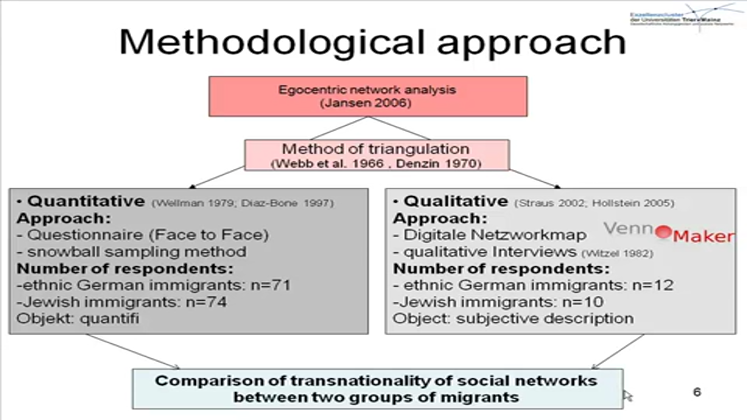 Since 1990 the term „transmigrant“ defines the discussion of migration. According to transmigration theory the process of leaving home country and integration into a host society involves the circulation between home and host societies, identities and social-, politic-, and economic systems. This new approach breaks the classical assimilation theory of “one-way process” of migration that finishes with the one-time and permanent change to another country. But in how far the migrants tend to transmigration can depend on their cohort, educational background and ethnicity.

Tatjana Fenicia studied political economy and German philology at the Universtity of Trier. Since 2008 she works as a researcher at the Cluster of Excellence “Societal dependencies and social networks" at the University of Trier. Her research focus is (re)migration, integration of migrants from former Soviet Union in Germany and in particular social networks analysis.